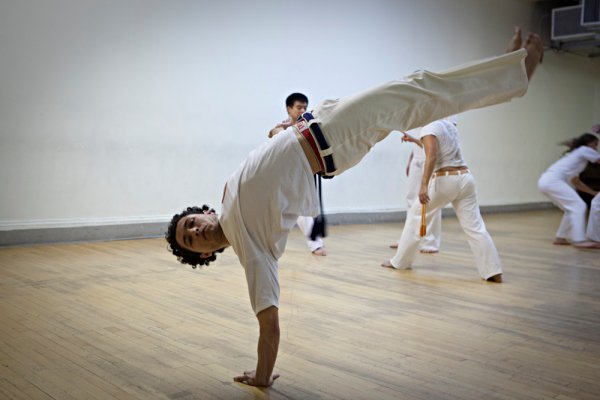 Born and raised in Sao Paulo, Leandro Riberio Braga, most known as Rã. (Rã is a species of toad in Brazil) began to practice Capoeria in 1997 with Mestre Nevoeiro of grupo Equlibrio. It was there when he learned his first lessons and fundamentals in Capoeira.

In 2000, he decided to expand his training by searching for a bigger more established Capoeira group. His first contact with grupo Senzala took place in the Rio Pequeno neighborhood in the east side of São Paulo. After attending an event organized by Mestre Ulisses (a teacher back then) he meet other legendary Capoeristas such Mestre, Peixinho, Ramos, Toni Vargas, Flavio and others. 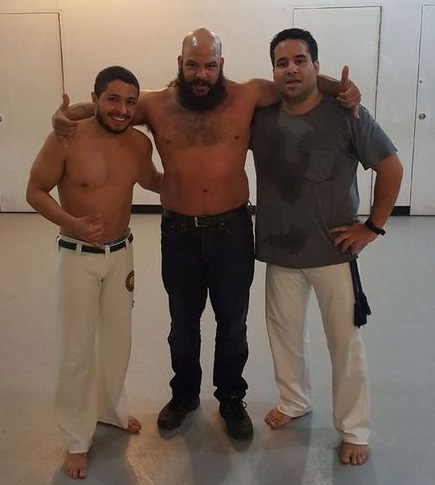 In 2004, Rã began his law studies at the Universidade da Cidade de Osasco. For this motive he stopped training until 2008.

By the time he restarted his training with grupo Senzala, Ra’s new teacher Contra-Mestre Nega, moved to the city of Sète in France to represent Capoeira Senzala.

In 2011, Rã was invited by Christopher, “Pit Bull” to move and start teaching capoeira in New York City. They began to teach Capoeira cooperatively until January of 2012, when Pit Bull moved to Singapore. Rã continued his work teaching capoeira and had his first official batizado on July 5, 2015 with the presence of important masters from Brazil.